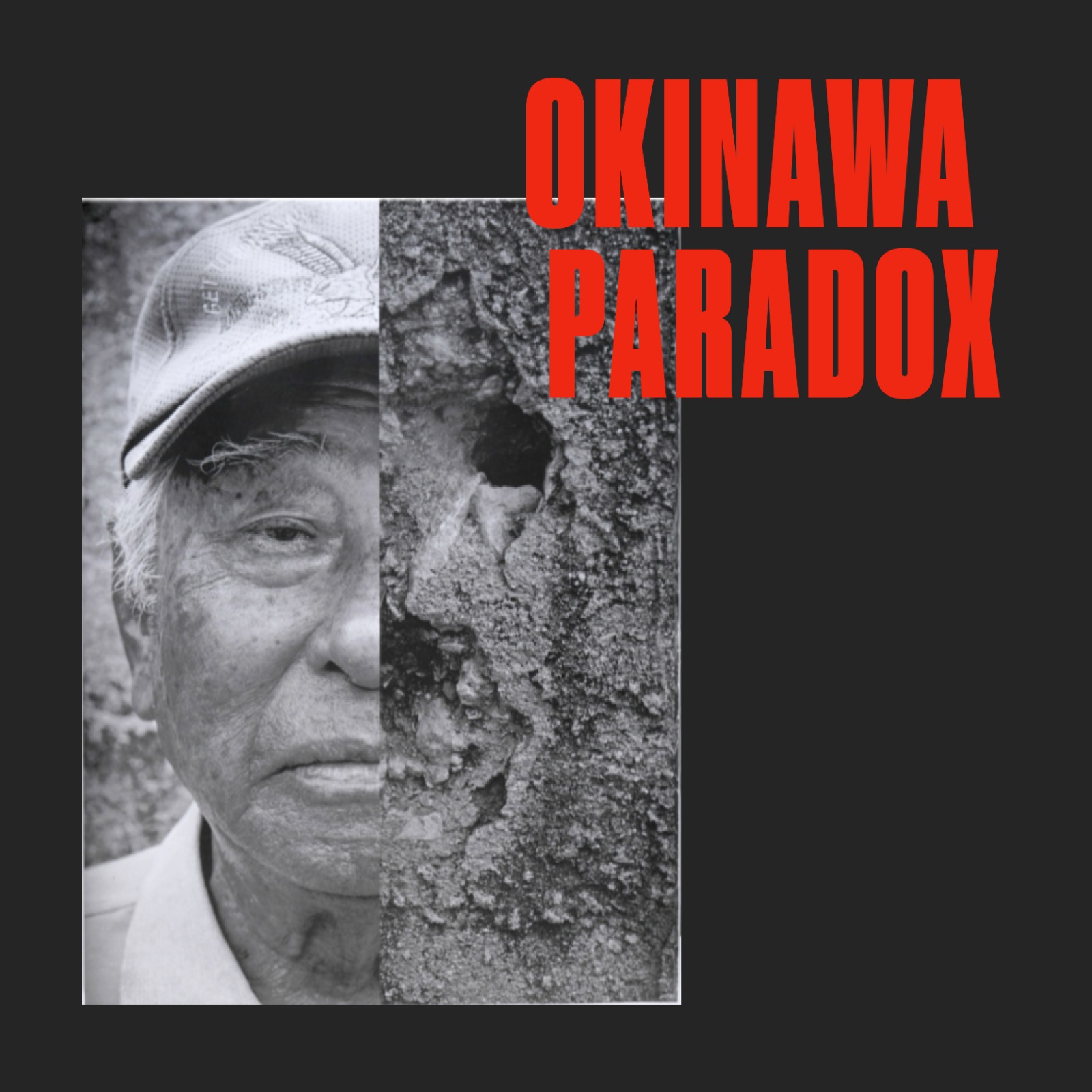 English (with simultaneous interpretation to Japanese)

The first part of this session looks back on the residency programme in Japan in which four EUPL laureates participated in. This is followed by readings and discussions with EUPL authors from Ireland, Latvia, and Greece.

In 2018, after participating in the European Literature Festival that year, four writers Lidija Djkosvka, Adam Foulds, Jasmin Frelih, and Walid Nabhan, all winners of the European Union Prize for Literature, participated in a week-long residency in Okinawa. The experience led to the production of a unique book "Okinawa Paradox" by photographs by Joan Tomás and texts from all four writers. Today, the organisers present the publication, looking back at the various experiences that went into its creation. 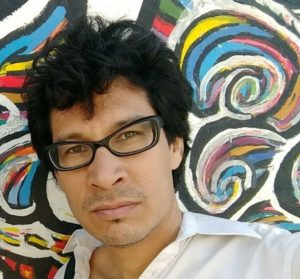 Stéphane was born in 1975 in Toulouse, France. His academic background is rich- he studied biology, geography (urban landscape), cultural policies. He was always sensitive and curious to unveil places and their inhabitants and believes that this encounter is possible through a mixture of scientific and poetic approach. This is how he develops many projects where music, culinary design, visual arts will reveal the richness of cultural practices in France, Mali, Sénégal, Brazil, Turkey, Bulgaria, Ukraine, Spain or Japan.

Stéphane Robert is inspired by the idea of creolization of the poet and intellectual Edouard Glissant, for whom cultures and identities are always in motion. The meeting of two cultures that gives rise to a third singular culture that is not the average of the two previous ones. It is in this idea that he thinks his projects, leaving his place to chance, to the unexpected… 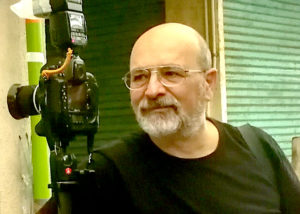 In his career, he has participated in projects in many areas of photography, from publishing to the film and music industry, or advertising and community art, always providing creativity and a personal point of view.He is fascinated by designing projects and creative processes, and meeting people to portray and find good stories to tell.

Joan Tomás was born in Barcelona in 1958. He became interested in photography at the age of 11, and very soon began to develop and print his own photographs.

Self-taught until he studied photography in London at the Ealing College of Higher Education from 77 to 80. After doing photojournalism, industrial and corporate photography, fashion photography and advertising, he has specialized in portrait photography, working for magazines, publishing houses, record companies, film production companies, advertising agencies and institutions.

As a portrait photographer he likes to give a natural and fresh approach to his portraits, with simple and direct ideas.In recent years he has been involved in intense social activism, using community art and street art as a tool for social integration, making groups visible and demanding rights. 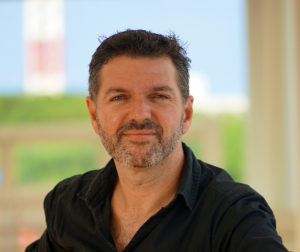 Born in 1970 of Spanish origin, Daniel López was raised in Switzerland. Upon finishing his studies in tourism, he worked in the airline industry for 12 years. In 2000, he decided to change his professional orientation to become photographer. He left with his camera on a trip to Asia that led him to Okinawa, where he has been living for the past 17 years. There, he entered Okinawa Prefectural University of Arts and graduated with a Master’s degree in visual arts.

Since he has published three books including “Okinawa facades”. He was also main photographer and art director of “The Okinawan”, a magazine dedicated to local arts and culture.
Interested in art therapy and performing arts, he was also a member of a playback theatre company and coordinator for Kijimuna Festa, an international theatre festival for young audiences in Okinawa.
Daniel is also active in artistic exchanges. In 2008 he created the association “Jura-Okinawa” and has been coordinating exhibitions and artist in residence for creators in Okinawa and Switzerland.
As a filmmaker, he directed his first feature documentary “Katabui, in the heart of Okinawa”. It was released in 2016 in festivals in Germany and Taiwan and in movie theatres across Switzerland and Japan. His new feature documentary « Rheinbilder, a fragment of Germany in Okinawa » will be released beginning of 2021.
In collaboration with the Garaman Hall in Ginoza, Daniel has been coordinating various artist in residency programs in Ginoza, including the Colab Quarter Project. 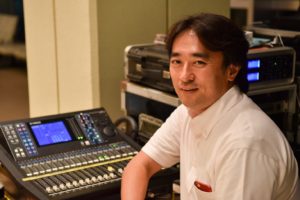 Born in Hiroshima, holds a licence in music education and sound engineering.
In 2005 he became general manager of Garaman Hall in the small village of Ginoza, north of Okinawa.
Since then, he has organized several music concerts and residencies with international artists from all over the world. The purpose of the venue is not only a concert hall but also a space of creation and encounter between artists and the local community. The Garaman Hall is Japanese partner of the Colab Quarter Project and aims at building international artistic bridges with Okinawa.

Three writers, winners of the European Union Prize for Literature, present and read from their works, and discuss their writing and views. 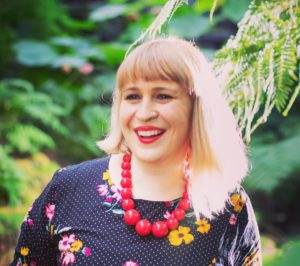 Jan Carson is a writer and community arts facilitator based in Belfast, Northern Ireland. She has a novel, Malcolm Orange Disappears and short story collection, Children’s Children, (Liberties Press), two micro-fiction collections, Postcard Stories and Postcard Stories 2 (Emma Press). Her novel The Fire Starters was published by Doubleday in April 2019. It won the EU Prize for Literature for Ireland in 2019 and the Kitschies Prize for Speculative Fiction in 2020. It was shortlisted for the Dalkey Book Prize in 2020. The Last Resort, a ten part BBC Radio 4 short story series and accompanying short story collection is forthcoming from Doubleday in early 2021. In 2018 Jan was the inaugural Translink/Irish Rail Roaming Writer in Residence on the Trains of Ireland. She was the Open Book Scotland Writer in Lockdown 2020. 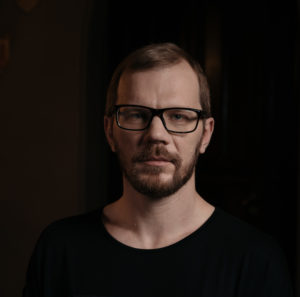 Jānis Joņevs (1980) is a prose writer. His first novel Jelgava ’94 (Doom ’94), published in 2013, immediately became a cult book among readers, and was chosen as one of 100 most favourite Latvian books of all time during the TV show Lielā lasīšana (The Great Reading). It was also praised among critics and received numerous awards, including the EU Prize for Literature in 2014. The novel is set in Jelgava city in 1994 and focuses on youngsters who are driven to heavy metal music. Sharing this taste of music and subculture, they explore the life through the eyes of their youth. It is a book of a whole generation who experienced their youth in the nineties, when Latvia had just regained independence. This novel has been adapted for a theatre performance by Jelgava New Theatre and as a film with the same title directed by Jānis Ābele. It has been translated into ten languages, and currently is being translated into Japanese. 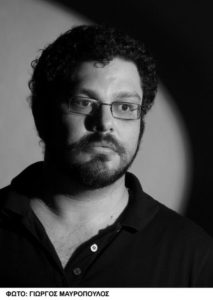 Born in 1972 in Athens, Nikos Chryssos (Νίκος Χρυσός) studied at the Department of  Biology at the National and Kapodistrian University of Athens and at the Department of Film Direction at the School of Cinematography ‘Lykourgos Stavrakos’. He is the owner of an old books’ store in Athens. He wrote the novels The Secret of the Last Page (Το μυστικό της τελευταίας σελίδας, Kastaniotis Editions 2009) and New Day (Καινούργια μέρα, Kastaniotis Editions 2018). In 2014 he edited the annotated revised edition of the book Unforgettable Times (Αξέχαστοι καιροί) by Lefteris Alexiou as well as the collected volume Stories of Books (Ιστορίες βιβλίων), both published by Kastaniotis Editions.  Since September 2018 he has been the Vice-President of the Greek Section of the ‘International Society of Friends of Nikos Kazantzakis’ (ISFNK).

In 2020, he received the “National Book Award for a work that promotes social awareness”.