Japanese (interpretation into English may also be available)

*Unfortunately, Peter J.A.N. Rietbergen has had to cancel his trip to Japan due to health concerns. We apologise for the disappointment.

To celebrate the publication in Japanese of A Short History of the Netherlands by Peter J.A.N. Rietbergen, the translator Takashi Koezuka will present and discuss the work with Takashi Matsumoto who served as advisor for the publication. 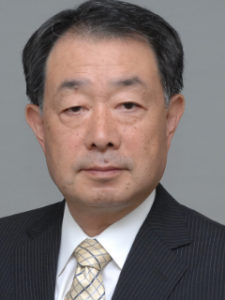 Born in Japan in 1949. Graduated from the Faculty of Law, University of Tokyo in 1972

Entered the Ministry of Foreign Affairs of Japan in 1972

Passed the General Examination in 1975

Served as Director General of the State Guest House from 2013-2015.

Translated and published ‘A Short History of the Netherlands’ in 2018

After studying at Leiden University as a diplomat trainee of the Ministry of Foreign Affairs Japan, he lived in the Netherlands for 10 years.

Author of  a book on Dutch language for daily use published by Kadokawa.