How do we restore our trust in politics and what does it take to save democracy in this capitalist world? Two prominent thinkers, both of the same generation, will discuss how to fight the ever-growing cynicism present in our society.

Rutger Bregman (1988) is a Dutch historian and writer, and is one of Europe’s most prominent young thinkers. He has published five books on history, philosophy, and economics. His books Humankind (2020) and Utopia for Realists (2017) were both New York Times Bestsellers and have been translated in more than 40 languages. Bregman has twice been nominated for the prestigious European Press Prize for his work at The Correspondent. The Correspondent is a Dutch news website that distinguishes itself by rejecting the daily news cycle and focusing on in-depth and chronological coverage on a topical basis. 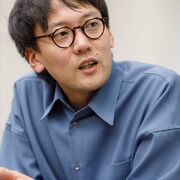 Kohei Saito is an associate professor of philosophy at the University of Tokyo. His Karl Marx’s Ecosocialism: Capital, Nature and the Unfinished Critique of Political Economy was awarded the Isaac Deutscher Memorial Prize of 2018, the most prestigious academic award for Marxian studies, making him the youngest recipient of that honour. The book has been published in eight languages and his next book Marx in the Anthropocene will be published from the Cambridge University Press this year.

Saito’s Capital in the Anthropocene (Tokyo: Shueisha, 2020) opened up a path-breaking interpretation of Marx’s theory of post-capitalism in the age of climate crisis, selling 500,000 copies in Japan. 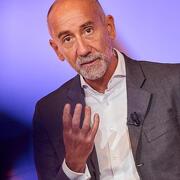 Jean-Eric Paquet (Ambassador-Designate of the European Union to Japan)