Introduction to the festival and programme

Following the opening of the European Literature Festival 2021 on Nov. 17, the Goethe-Institut Tokyo invites author Frank Schätzing to talk about activism and sustainability with German Studies scholar Jisung Kim via Zoom and Live Streaming . 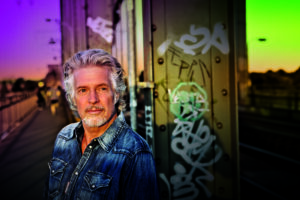 Frank Schätzing is one of Germany’s most widely read novelists. Considered a visionary, he describes scenarios that are often just a heartbeat away from the reality of our daily lives. Many of his books have become international bestsellers.
Born in 1957, he studied communication, worked as a copywriter in international agencies (BMZ, DDB) and is the co-founder of the Cologne-based advertising agency Intevi. For his novels and thrillers he has received the Corine Award (2004), German Science Fiction Prize (2005) and The Golden Feather (2005). His eco-thriller Der Schwarm (The Swarm, 2004) sold more than 4.5 million copies and was published in 26 countries. Amongst other titles, his work includes Die dunkle Seite (1997), Nachrichten aus einem unbekannten Universum (2006), Limit (2009) and Breaking News (2014). Frank Schätzing lives and works in Cologne. 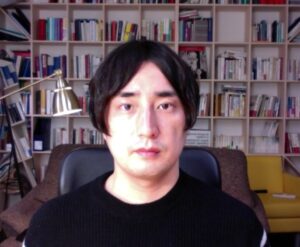 Dr. Jisung Kim, born in 1987 in Osaka, studied German studies in Tokyo and Berlin. Since 2021, associate professor on seminar of German studies at Tokyo Metropolitan University. He has written many theses on modern German literature, especially about the works of Uwe Johnson. In 2018, he translated Thomas Melle´s Die Welt im Rücken (The World at your back) into Japanese and won Kakehashi-Literature Prize in 2020 as the translator of Lutz Seiler´s Kruso.