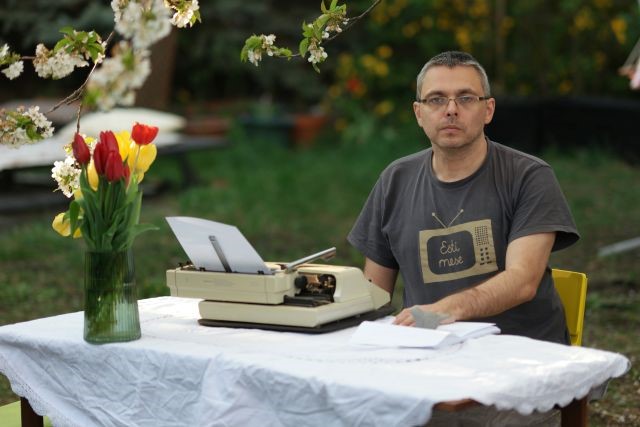 Prominent writers from Hungary and Spain discuss their works due to be translated (or recently translated) into Japanese with their Japanese translators. 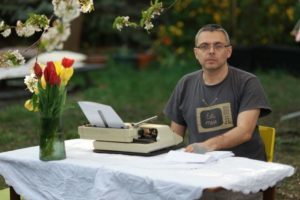 Dragomán György is a Hungarian writer and literary translator. He was born in Târgu Mureş (Marosvásárhely), Transylvania, Romania in 1973. In 1988, his family moved to Hungary. He attended high school in the western Hungarian city of Szombathely, where he met Anna T. Szabó, poet and writer, whom he later married. He started writing in the age of 13, now he mainly writes short stories and novels. He studied in Budapest (ELTE), getting a degree in English and Philosophy.

His best-known work, The White King (2005) has been translated to more than 30 languages, and is planned to be published in Japanese as well.Dragomán also writes for Hungarian and foreign magazines, like Paris Review, Neue Zürcher Zeitung, Le Monde, The New York Times. He has received various literary awards for his writings, such as the Attila József Prize sent to writers in Hungary, the Culture Prize of the Romanian Cultural Center in Budapest, and the Jan Michalski Prize for The White King. His hobby is cooking, shares his recipes regularly on his homepage. His cookbook is to be published soon in Hungary.

Works available in English: The White King, The Bonfire (expected in 2021) 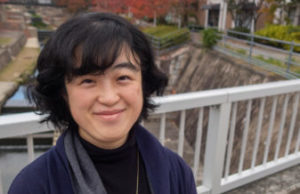 Julio José Ordovás was born in 1976 in Zaragoza, where he lives. He collaborates in different newspapers and magazines. He has cultivated various genres, from poetry (A little love story) to the literary journal (In the middle of everything). His first novel, The Antibody, was published in 2014 and has been translated into English and French. His second novel, High Paradise, was published in 2017.

Takako Shirakawa translates Spanish and English-language books into Japanese, and has translated thirty-eight books since 2001 including seven books in Spanish. She is a lecturer at Dokkyo University where she teaches translation and reading strategies since 2010.

She was born in Japan, and has a Bachelor of Arts degree from International Christian University. She has spent her childhood in Paraguay where she lived for six years, has lived in Brazil for four years and graduated from high school in Rio de Janeiro. After graduating from university, she has worked for thirteen years for the promotion of cultural exchange between Japan and other countries at Japan Foundation, an independent administrative institution under the jurisdiction of the Ministry of Foreign Affairs. Then moved to Oslo, Norway, and lived there for seven years. Speaks Japanese, English, some Spanish, Portuguese, and a little Norwegian. She currently lives in Mitaka, Tokyo, very close to the graves of Ogai Mori and Osamu Dazai.

Director of the Tourist Office of Spain in Japan